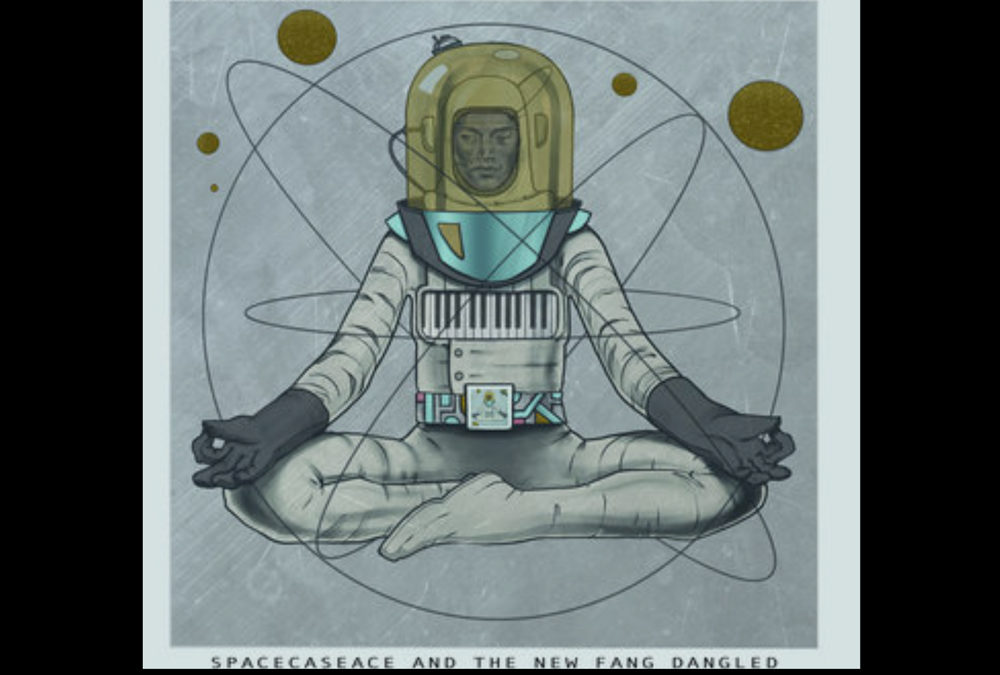 This album Spacecaseace and The New Fang Dangled by Ryan Conger is likely unlike anything in your collection. It combines a wide variety of musical generas to create a unique experience of music. Recorded in Varanasi, India, The Canary Islands, and The United States its a blend of many artist that have included elements of music from styles like world, jazz, funk, and electronic.

If you are a Salt Lake concert goer you may have seen Ryan perform behind a Moog synthesizer, a hammond or one of the many other keyboards and synethizers in his arsenal. He is highly talented and its guaranteed that his level of talent will blow you away, especially when the band throws him a solo section.

Its important to note that in addition to the vinyl this album was also released with an accompanying video game. Spacecaseace and the New Fang Dangled. Its based off of the 1970s classic ‘Asteroids”, and features graphics, power-ups, and the entire album in a music player during the game.

While its difficult to describe this album to those that haven’t heard it, its awesome. Relax and put this album on the turntable and enjoy it start to finish.