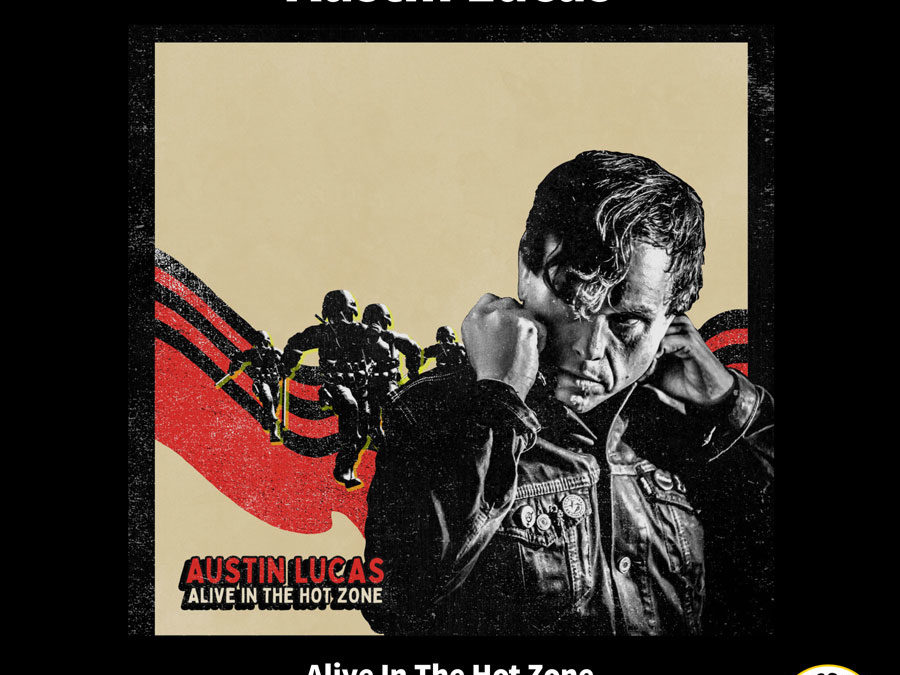 The album this month Alive In The Hot Zone By Austin Lucas. It imparts Country, Punk, Psychedelic Folk, and Mountain Music. Austin Lucas has toured all over including the West Coast and the Czech Republic. He is a singer songwriter and political activist hailing from Bloomington, Indiana.

I caught him first when he was touring though and opened up a show with Larry and His Flask with his band Austin Lucas and The Bold Party. He totally stole the audiences attention with his commanding frontman superpowers.

Later I was able to open up for him and Rye in SLC and it was another great performance that I will not forget anytime soon. This record had hit so many new heights and the reviews of this from major publications are numerous.

I’m really excited to be featuring this thanks to Austin and Cornelius Chapel Records for working with me on this exciting month’s record spread send-out.